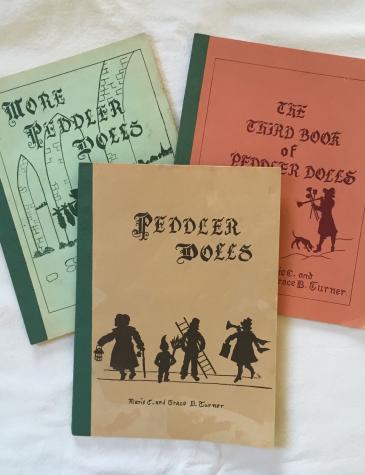 The first black woman student on record at MIT is Marie Celeste Turner '09. She enrolled in 1905 along with her brother Henry C. Turner, Jr. '09, the second early case of black siblings attending MIT since Charles S. Dixon ‘98 and John B. Dixon ’99.

Marie Turner and her sister Grace Briscoe, both schoolteachers, made peddler dolls, 500 of which they had collected since World War II. Popular in England in the 16th through the 19th centuries, these 10- to 12-inch collectable ‘pedlar’ dolls were made to represent Old London street peddlers and their cries (such cries can be found in Shakespeare's "A Winter's Tale"). The Turner sisters made over 200 dolls from copper wire, with wooden or ceramic heads.

In the early 1960s and into the 1970s, the Turner sisters published the popular four-volume series, Peddler Dolls. About 100 of the Turner sisters’ American peddler dolls, dated from the 1800s, were housed in the now-defunct Yesteryears Doll Museum in Sandwich, Massachusetts.