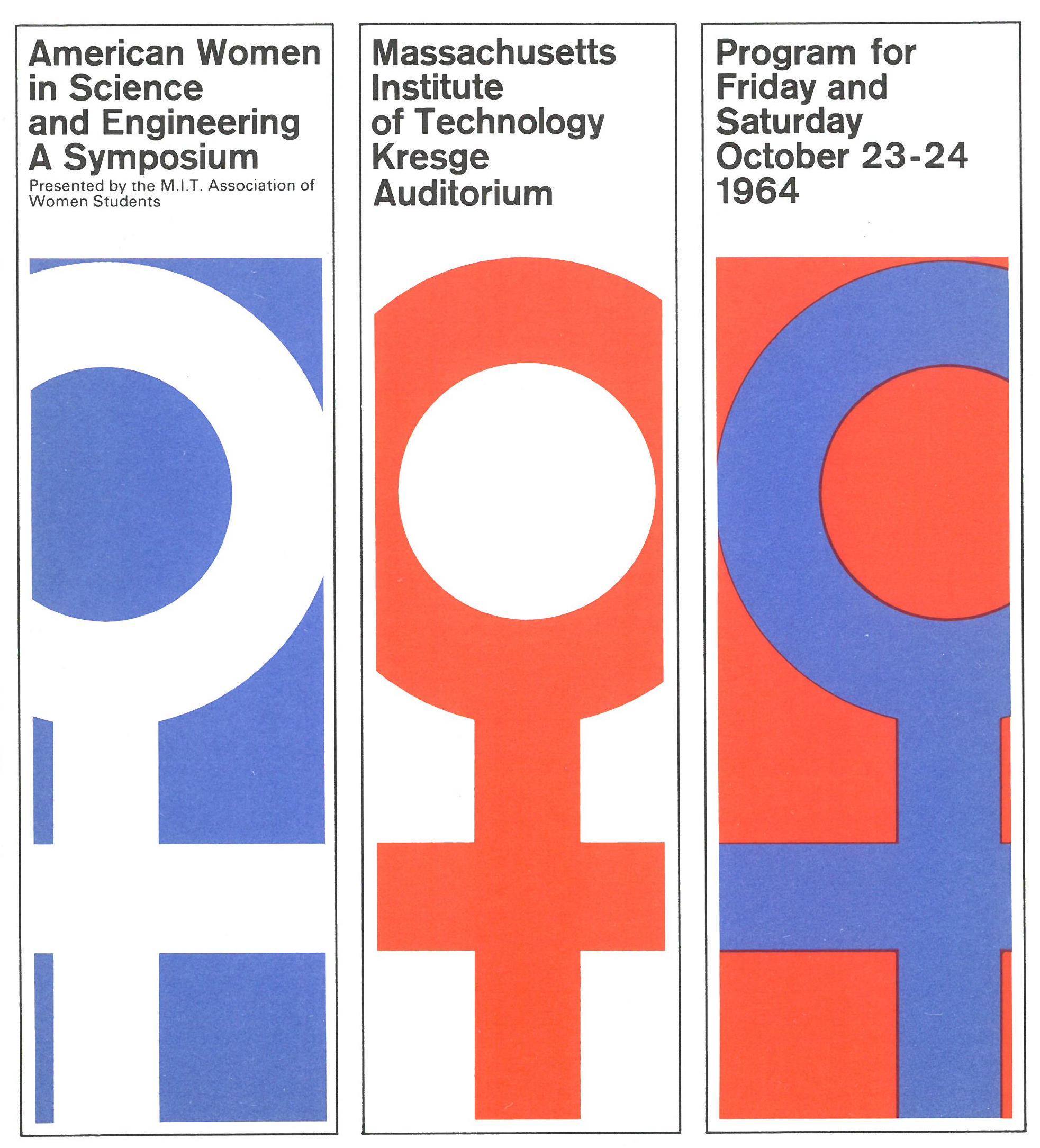 In October 1964, the MIT Association of Women Students sponsored “American Women in Science and Engineering: A Symposium,” inviting student delegates from more than 200 universities to join them at MIT. An advisory committee gathered names of distinguished female scientists and engineers, several of them African American, to be invited who could “be planted in the audience to spark discussion.”

Among these notable women were Katherine G. Johnson, the physicist and mathematician whose calculations were critical to NASA missions sending astronauts into orbit and to the moon and whose story is chronicled in Margot Lee Shetterly’s Hidden Figures; Yvonne Young Clark, the first female faculty member in the College of Engineering and Technology at Tennessee State University; and Inez Bellamy Hazel, a computer programmer and systems analyst who held senior positions at Lincoln Lab and MIT. The program notes that Lillian Moller Gilbreth, a pioneering psychologist and industrial engineer considered the “mother of modern management,” served as the first Webster-Mauze Lecturer at MIT at age 86.

Institute Archives and Special Collections has been focusing increasingly on documenting aspects of MIT’s history that have been underrepresented, and women faculty in science and engineering at MIT has been one such area.