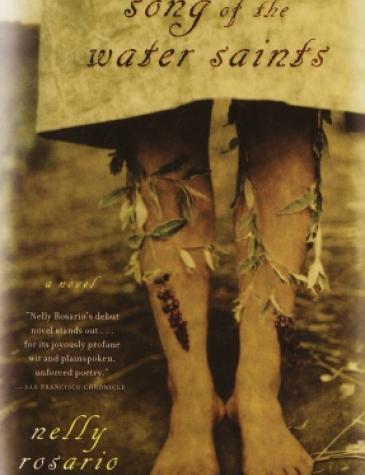 First there is Graciela: a young girl rebelling against the strictures of her poor, rural life in the Dominican Republic in the early 1900s, she searches for her true destiny even as it lures her away from her husband and baby daughter. . . . Then there is Mercedes, passionately devoted to the Church, who rears herself after the death of her beloved stepfather, eventually marrying and moving with her husband to New York City, where she will bring up her granddaughter. . . . Coming of age in the freewheeling 1990s—and bringing the story full circle—Leila has without a doubt inherited the restless genes of great-grandmother Graciela. . . .

The intimate details of life in New York and the Dominican Republic, the broad strokes of history, the subtleties of familial connection amid changing notions of home and obligation—all are rendered with grace and gritty realism in this remarkably accomplished novel.

Like a Caribbean Scheherazade, Nelly Rosario casts a spell on her readers with this stirring saga of three generations of Dominican women whose yearning becomes our own. What they want and what we get reading Song of the Water Saints is a sense of a luminous world, complex and layered, full of passion and adventure. This novel is a song, restless and moving. An accomplished and promising first novel.

Julia Alvarez, author of In the Name of Salome and In the Time of the Butterflies

An electrifying debut by a writer whose words I have long awaited. Powerfully written, meticulously imagined and arresting to its core, Nellie Rosario's novel is a flame for the mind and the heart, the sort of gift you are endlessly grateful for.

The circle of myth, history, longing and grief in Song of the Water Saints will envelope the reader as it does the lives of Nelly Rosario's beautifully realized characters. This brilliant first novel reaches back to the colonial past of the Dominican Republic with a depth of knowledge and feeling, with a respect for hard lessons of the past that must inform a quest for personal freedom. The family story is carried forward to the continuing struggle for identity in the barrios of New York. Nelly Rosario displays a gift only given to a true writer in her command of the many voices which make up the song of her novel.

Nelly A. Rosario '94 holds an SB in Environmental Engineering from MIT and an MFA in Creative Writing from Columbia University. Song of the Water Saints: A Novel won a PEN/Open Book Award. At the Institute, Rosario has been a Visiting Scholar in the MIT Comparative Media Studies/Writing Program, web editor for MIT MLK Visiting Professors and Scholars Program, and Assistant Director of Writing for the MIT Black History Project.