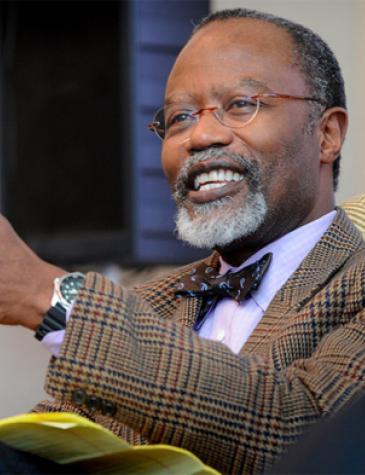 Phillip Clay: Reflections on the Black Experience at MIT, 1996

Phillip L. Clay PhD '75 joined the MIT faculty in 1975. As former Head of the Department of Urban Studies and Planning (DUSP, 1992-94), Clay was the first black professor to head any department at MIT. He also served as the Chancellor of MIT from 2001 until 2011.

The former chancellor of MIT reflects on his upbringing and his best — and worst — experiences at the institute.

Edited and excerpted from an oral history interview conducted by Clarence G. Williams with Phillip L. Clay in Cambridge, Massachusetts on January 23, 1996.

This transcript is part of the Reflections series, a collection of interviews that explore the black experience at MIT and beyond. It is excerpted from Clarence Williams’ book Technology and the Dream: Reflections on the Black Experience at MIT, 1941-1999 (MIT Press, 2001) freely available for download here.

I was born and grew up in Wilmington, North Carolina, and I was there through high school. I had sort of a regular segregated high school and a regular life. My clearest early ambitions were that I would go to some of the places I read about in magazines. That was during the late ’50s and early ’60s. I graduated from high school in 1964.

Our high school was, by the then standards of segregated education, a very good high school. It had a college preparatory track, and students were identified for that track in the sixth grade. They were then directed toward elementary schools that featured the advanced academic programs, starting in the sixth or seventh grade. Then, in high school, I was on a track that emphasized college preparation. I had geometry, chemistry, trig, biology, extra semesters of history, and foreign language.We had lots of activities. I was active in student council and various service organizations. In junior high, in the ninth grade, I was active in drama. I also sang in the Glee Club, until my voice changed. I had a part-time job, starting at about fifteen or sixteen. I worked a couple afternoons a week and on Saturdays. I think as I went through high school, I became progressively more active. I made honor society and student body president.

Image: Phillip Clay talking about his experiences at MIT in a discussion on January 27th, 2019 at the University of North Carolina at Chapel Hill. Image: UNC