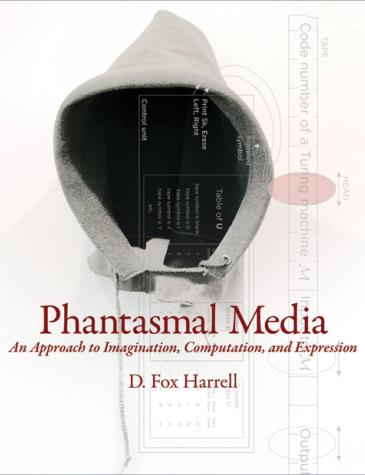 In Phantasmal Media, D. Fox Harrell considers the expressive power of computational media. He argues, forcefully and persuasively, that the great expressive potential of computational media comes from the ability to construct and reveal phantasms—blends of cultural ideas and sensory imagination. These ubiquitous and often-unseen phantasms—cognitive phenomena that include sense of self, metaphors, social categories, narrative, and poetic thinking—influence almost all our everyday experiences. Harrell offers an approach for understanding and designing computational systems that have the power to evoke these phantasms, paying special attention to the exposure of oppressive phantasms and the creation of empowering ones. He argues for the importance of cultural content, diverse worldviews, and social values in computing. The expressive power of phantasms is not purely aesthetic, he contends; phantasmal media can express and construct the types of meaning central to the human condition.

Harrell discusses, among other topics, the phantasm as an orienting perspective for developers; expressive epistemologies, or data structures based on subjective human worldviews; morphic semiotics (building on the computer scientist Joseph Goguen’s theory of algebraic semiotics); cultural phantasms that influence consensus and reveal other perspectives; computing systems based on cultural models; interaction and expression; and the ways that real-world information is mapped onto, and instantiated by, computational data structures.

The concept of phantasmal media, Harrell argues, offers new possibilities for using the computer to understand and improve the human condition through the human capacity to imagine.

“D. Fox Harrell is the leading scientist of the human mind in the digital age. Phantasmal Media is a major advance in the study of the human imagination. Harrell's brilliance, learning, wit, and charm make it a great pleasure to read.”
—Mark Turner, Institute Professor and Professor of Cognitive Science, Case Western Reserve University

“Fox Harrell’s bold and audacious view of the relationship between computing and the imagination blends a very broad range of multicultural references with perspectives from the sciences, humanities, and arts to present an unprecedented vision of how people and machines can come together to forge not only new software systems, but a new ethics and politics of the human condition. This is what a groundbreaking book looks like.”
—George E. Lewis, Columbia University

“Deftly operating at the productive intersection of computational design, cognitive science, and expressive media, Phantasmal Media draws attention to the profound involvement of human imagination in the encounter with information technology. In doing so, it provides a new basis for understanding human-computer interaction and artificial intelligence, one that places ideation and ideology at the center and, in doing so, profoundly troubles questions of representation and agency at the heart of computational practice. It is inspiring, intriguing, and, yes, haunting.”
—Paul Dourish, Professor, Department of Informatics, University of California, Irvine

D. Fox Harrell is a Professor of Digital Media at MIT and a researcher exploring the relationship between imaginative cognition and computation. His research involves developing new forms of computational narrative, gaming, social media, and related digital media based in computer science, cognitive science, and digital media arts. Harrell holds a Ph.D. in Computer Science and Cognitive Science from the University of California, San Diego. His other degrees include a Master's degree in Interactive Telecommunication from New York University, and a B.F.A. in Art, B.S. in Logic and Computation, and minor in Computer Science at Carnegie Mellon University. He has worked as an interactive television producer and as a game designer.