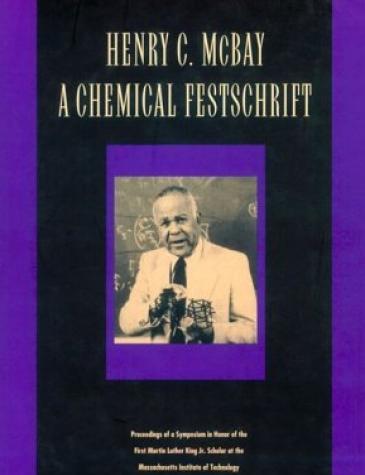 Proceedings of a four-day symposium honoring Henry C. McBay as the Institute's first Martin Luther King, Jr. Scholar. He was a retired professor of chemistry at Morehouse College, Dr. King’s alma mater. The volume opens with a chronology of African Americans in chemistry and a biographical interview of McBay by science historian and MIT professor Kenneth R. Manning. Appendices include a list of Dr. McBay's publications and of chemistry majors under him who went on to earn doctoral and medical degrees.

McBay's dedicated service to the fields of chemistry and teaching included developing a treatment for prostate cancer and advancing a chemistry education program in Liberia on behalf of UNESCO in 1951.

Over 50 chemistry majors under McBay's tutelage went on to earn doctoral and medical degrees. At least three came to hold degrees from or were affiliated with MIT: Charles Hubert Smith ScD '82; James Williams Mack PhD '84; and Shirley [Mathis] McBay, who earned two Masters (chemistry and mathematics) from Atlanta University, a PhD in Mathematics from University of Georgia, and became Dean for Student Affairs at MIT in 1980.