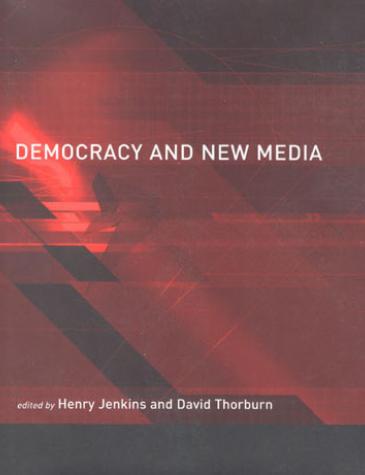 Democracy and New Media in Developing Nations: Opportunities and Challenges, 2003

Adam Clayton Powell III '67 majored in political science at MIT and went on to become a broadcast journalist. Currently, he is President of the Public Diplomacy Council and Director of the USC Center on Communication Leadership and Policy's Washington Programs. Powell has written extensively about technology, media and international issues for publications, and has won numerous awards, including the 1999 World Technology Award for Media and Journalism, sponsored by The Economist, and the Overseas Press Club Award for international reporting for a series of broadcasts he produced on Iran.

I wound up…on the radio station doing newscasts, something I never would have expected to do, and which led to what I’m doing now….We couldn’t be the MIT radio station and not cover the science that went on there…So it led to a rigor which was extraordinary training.

Past positions include serving as general manager of Howard University’s WHUT-TV, the first African American-owned public television station in the United States. Before 2001, he served as vice president/technology and programs for the Freedom Forum, developing and overseeing digital and new-media conferences and training programs for journalists, media managers, educators, policymakers and researchers in Africa, Asia, Europe, Latin America and the United States. Powell also has served as an executive producer at Quincy Jones Entertainment, vice president for news and information programming at National Public Radio, and manager of network radio and television news for CBS News. As a consultant, he has worked on projects in South Africa for the Ford Foundation, and in Lagos, Nigeria, for the Nigerian Television Authority. He also helped create the annual Highway Africa conference in South Africa, which has become the largest communications and digital-media conference on the African continent.

Digital technology is changing our politics. The World Wide Web is already a powerful influence on the public's access to government documents, the tactics and content of political campaigns, the behavior of voters, the efforts of activists to circulate their messages, and the ways in which topics enter the public discourse. The essays collected [in Democracy and New Media] capture the richness of current discourse about democracy and cyberspace. Some contributors offer front-line perspectives on the impact of emerging technologies on politics, journalism, and civic experience. What happens, for example, when we increase access to information or expand the arena of free speech? Other contributors place our shifting understanding of citizenship in historical context, suggesting that notions of cyber-democracy and online community must grow out of older models of civic life. Still others consider the global flow of information and test our American conceptions of cyber-democracy against developments in other parts of the world. How, for example, do new media operate in Castro's Cuba, in post-apartheid South Africa, and in the context of multicultural debates on the Pacific Rim? For some contributors, the new technologies endanger our political culture; for others, they promise civic renewal.