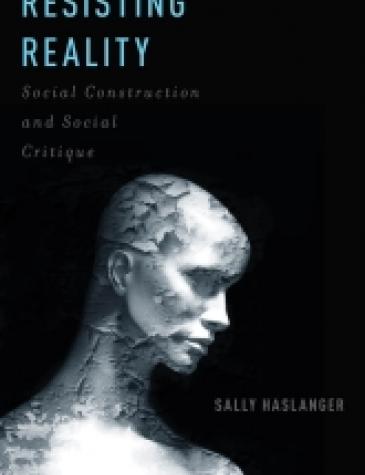 Contemporary theorists use the term "social construction" with the aim of exposing how what's purportedly "natural" is often at least partly social and, more specifically, how this masking of the social is politically significant. In these previously published essays, Sally Haslanger draws on insights from feminist and critical race theory to explore and develop the idea that gender and race are positions within a structure of social relations. On this interpretation, the point of saying that gender and race are socially constructed is not to make a causal claim about the origins of our concepts of gender and race, or to take a stand in the nature/nurture debate, but to locate these categories within a realist social ontology. This is politically important, for by theorizing how gender and race fit within different structures of social relations we are better able to identify and combat forms of systematic injustice.

Although the central essays of the book focus on a critical social realism about gender and race, these accounts function as case studies for a broader critical social realism. To develop this broader approach, several essays offer reworked notions of ideology, practice, and social structure, drawing on recent research in sociology and social psychology. Ideology, on the proposed view, is a relatively stable set of shared dispositions to respond to the world, often in ways that also shape the world to evoke those very dispositions. This looping of our dispositions through the material world enables the social to appear natural.

Additional essays in the book situate this approach to social phenomena in relation to philosophical methodology, and to specific debates in metaphysics, epistemology, and philosophy of language. The book as a whole explores the interface between analytic philosophy and critical theory.

Winner of the Joseph B. Gittler Award, American Philosophical Association

"Professor's Haslanger's book provides the definitive account of what 'social construction' amounts to and what work it can do. I do not exaggerate. The idea of social construction is such an overworked trope, especially in literary and critical theory circles, that it seems to have lost much of its content. Contemporary usage tends to be sloppy and confused. Professor Haslanger's chapters on this subject are models of analytical rigor, while also accessible to a much wider audience than metaphysicians alone." --Elizabeth Anderson, Department of Philosophy, University of Michigan

"Haslanger's book contains thoughtful and innovative essays in the field of social construction." -- Philosophy in Review

Sally Haslanger is Professor of Philosophy in the Department of Linguistics and Philosophy at MIT, and directs the Women's and Gender Studies Program. She specializes in analytic metaphysics, epistemology and feminist theory, with an emphasis on questions concerning social ontology and social justice.