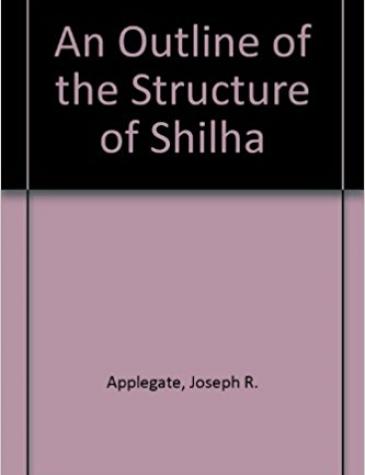 An Outline of the Structure of Shilha, 1958

Shilha, which is spoken in southwest Morocco, is one of the most widely distributed of the Berber languages. The dialect described in the work is found in the area extending from Agadir to Ifni and as far east as Taroudant. This study provides a general description of the structure of the language by examining the phonology, morphology, major form classes, syntax, and relative distribution of the form classes. Sample texts and a vocabulary are included.

Joseph Roye Applegate was the first appointed black faculty member at MIT. He was considered an expert in the Berber language of southwestern Morocco. He joined the MIT Research Laboratory of Electronics (RLE) in 1955 as faculty to work on machine translation and mathematical studies of grammar. Applegate's subsequent career took him to UCLA and Howard University, where he directed the African Studies and Research Program.