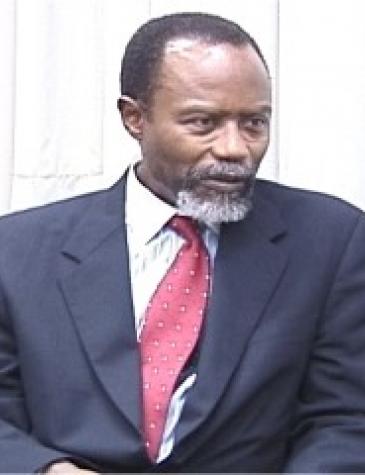 Phillip L. Clay PhD '75 served as the Chancellor of the Massachusetts Institute of Technology from 2001 until 2011. He is a graduate of the University of North Carolina at Chapel Hill and holds a doctorate from MIT. Professor Clay also held other leadership positions at MIT; as former Head of the Department of Urban Studies and Planning (DUSP), where he has been a faculty member since 1976, Clay was the first black professor to head any department at MIT.

The Bridge Leadership Program was developed by Clarence G. Williams at MIT.

This program provides perspectives and developments of new insights based on the concept “Bridge Leadership” that emerged in Technology and the Dream: Reflections on the Black Experience at MIT, 1941-1999 (MIT Press, 2001). The concept developed from the investigator’s view as an important element in the educational experiences of black students and faculty members at MIT. It defined a small core of mostly non-black faculty and administrators who worked diligently, along with the limited number of underrepresented faculty and students, to bridge divisions at the university based on race. While this book focused on the black experience, a new phase of the “bridge leadership” concept was broadened over the past nine years to include not only race but culture and ethnicity as well. The project has developed through interaction beyond MIT with over sixty former and current presidents, senior faculty and administrators at 17 major universities and educational institutions. What has surfaced from interviews and fact findings from these institutions (see lists of “bridge leaders” and “bridge leader targets”) is a core of identifiable characteristics associated with “bridge leader” professionals, both faculty and administrators who work to transform their campuses into a more welcoming, nurturing environment for minorities and other individuals from different cultural and ethnic backgrounds.