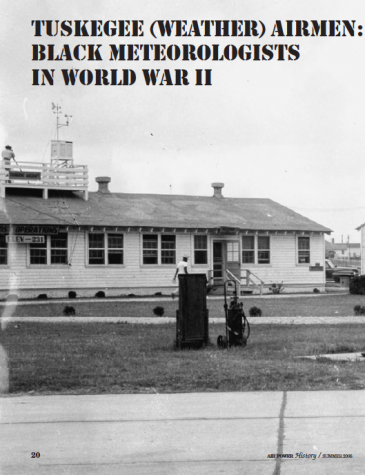 When the Army Air Corps found itself short on weather forecasters at the outset of WWII, it teamed up with academia to increase training of weather officers. MIT was the first of three American universities to offer graduate degrees in meteorology at the time. In the summer of 1940, the Institute began offering abbreviated courses in the teaching of meteorology to select aviation cadets. Wallace Patillo Reed, a University of New Hampshire mathematics graduate, was selected as one of the first "colored" cadets. Meanwhile at the Tuskegee Institute, chemist-physicist Warren Henry was teaching special physics courses to Army Air Corp officers in training. Henry soon left for MIT to work on video amplifiers of naval radar systems. Some of his students would comprise the group of African-American WWII military pilots that came to be popularly known as the Tuskegee Airmen.