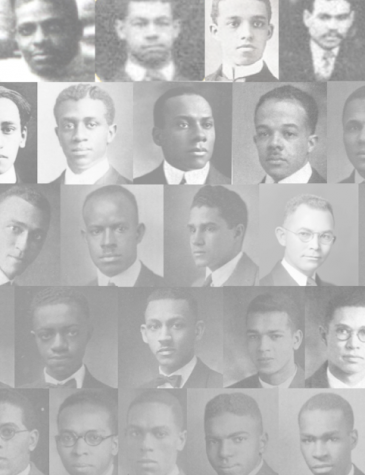 From the mid–to late nineteenth to World War I (1914-1918), only a few students of color are able to take advantage of educational opportunities. The majority of the Black population on campus works as janitorial or service staff. Prior to World Wars I and II there is already labor unrest and increased concern about racial and ethnic problems nationwide.  The 1920s indicate a slight increase in the number of black students, which decreases during the Great Depression of the 1930s.

Dianna Elizabeth Abney ’83, then a biology major at MIT, is among the various individuals who at some point or another undertook projects to document the history of the black experience at the Institute. Black Alumni/ae at MIT (BAMIT) members initially suggested the project to Abney as a historical presentation for the Black Students’ Conference on Science and Technology during the 1980s. Abney compiled data on black students prior to 1929, such as: course of study; date of birth; home address; secondary school; date of MIT entry; Institute sports and club memberships; and post-graduation occupation and address. Historian Kenneth Manning and writer Marilyn Richardson served on Abney's thesis committee.

Abney went on to earn her M.D. from Tulane University in 1989. From 1989 to 1992, she did her residency at Howard University Hospital and D. C. General Hospital in Washington, DC. She was awarded Physician of the Year by the Maryland Academy of Physician Assistants in 2009 and Pediatrician of the Year by the Montgomery-Prince Georges Pediatric Society in 2010. Abney currently serves as a partner at Cambridge Pediatrics, a Health Officer at the Charles County Department of Health in White Plains, Maryland. She is also a Professor of the Practice in the Health Services Administration at the University of Maryland School of Health.

Abney, Dianna E. Notes on Researching Blacks at MIT prior to the Class of 1930. SB Thesis. Massachusetts Institute of Technology, 1983.