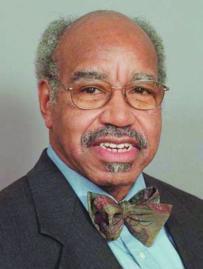 Henry Thomas Brown SMChE '56 (Chemical Engineering, Course X) is one of the original advocates for minority engineers in AIChE, beginning in 1968. He co-created AIChE’s first outreach initiatives for underrepresented engineers, and held the position of AIChE’s Minority Affairs Coordinator from 1983 through 2001. Brown was also one of the founders of the New Jersey State Urban Science Education Coalition, and is a Diamond Life Member of the National Association for the Advancement of Colored People (NAACP).