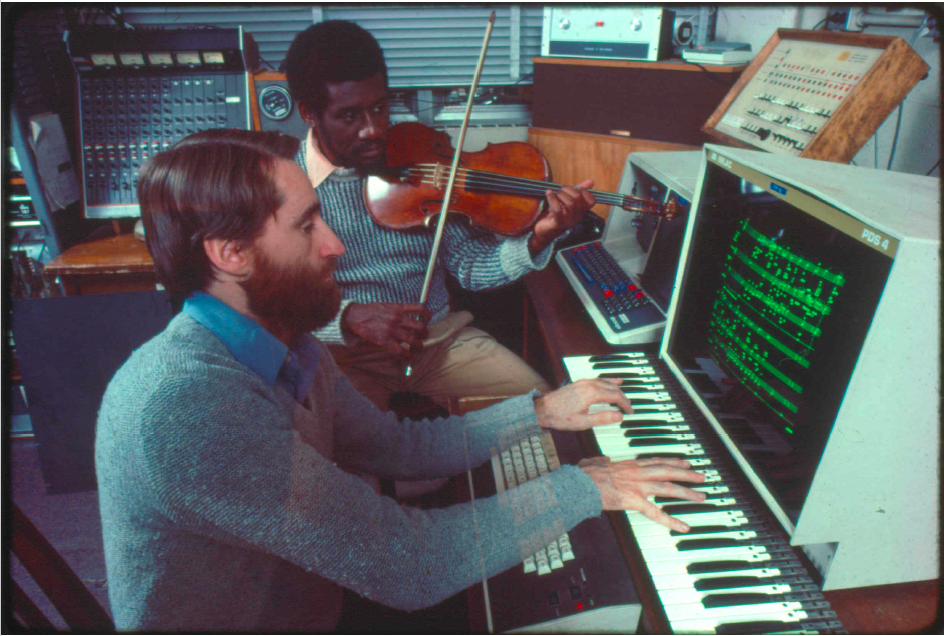 Barry Vercoe's work "Synapse", composed in 1976 for violist Marcus Thompson, treated both musician and computer synthesized accompaniment as equally salient musical entities..."Synapse" is essentially a small viola concerto with orchestra part performed by the computer... It was the first major work to emerge from the EMS [Experimental Music Studio]...the first facility to have digital computers dedicated to full time research and composition of computer music. In addition, ["Synapse"] was the first music written using the MIT Graphic Score Editor...At the time the piece was written, technological limitations placed the burden of synchronization during performance on the musician. Now, modern digital processing techniques offer new, creative possibilities, and have enabled composers to incorporate real-time synchronization and genuine computer interaction into their compositions. In early 1999, Professor Vercoe revisited "Synapse" to explore the interactive potential of this important work.