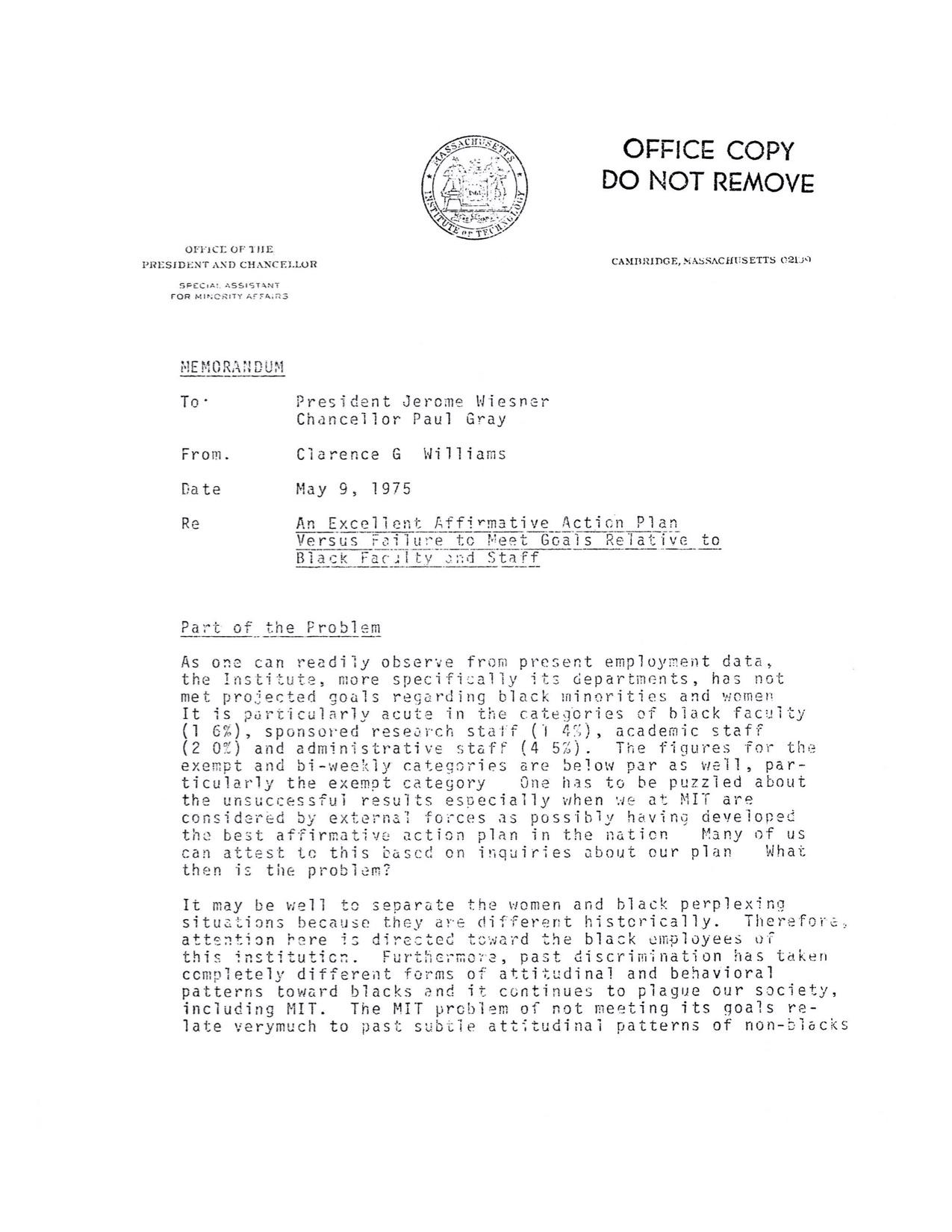 In 1972, the Institute hired Clarence G. Williams as Assistant Dean of the Graduate School, charged with spearheading the MIT’s effort to increase the number and retention of minority graduate students in all 23 departments. Within a year and a half, Williams doubled the number of minority graduate students. He was promoted to Special Assistant to the President for Minority Affairs in 1974. For the next decade, Williams would develop and implement minority recruitment programs with the President and Provost.